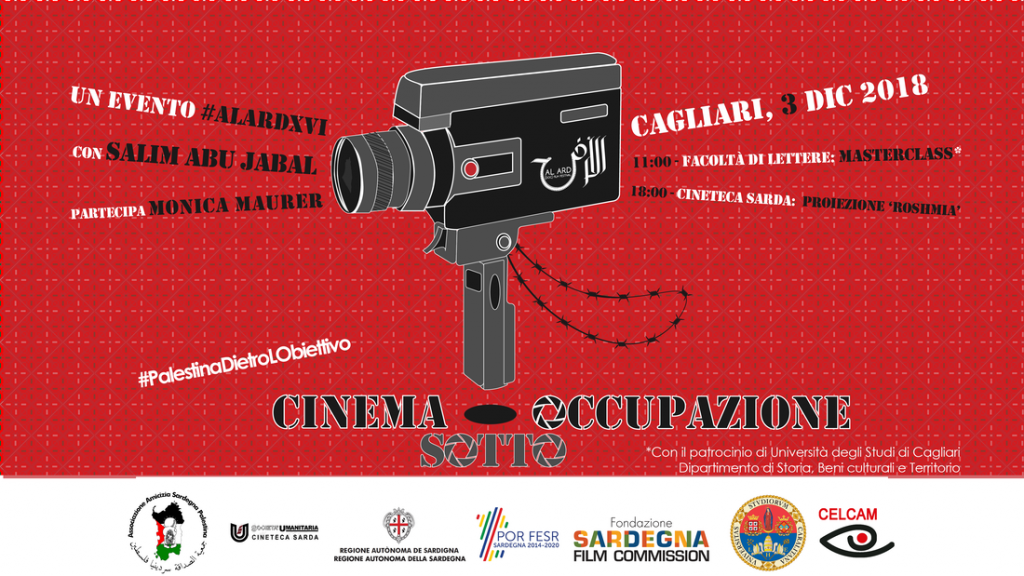 The Palestinian-born director and producer Salim Abu Jabal with Monica Maurer,  old acquaintance of ours, and Antioco Floris, professor of Cinema, Photography and Television at the University of Cagliari.

The masterclass will be about the role of cinema in Palestine, the importance of the archives and the work of young directors and producers who carry on a long and complex cinematic tradition.

At 6.00 PM at Cineteca Sarda the documentary “Roshmia” is to be screened in the presence of its director Salim Abu Jabal. This film participated in the 13th edition of the Festival Al Ard in 2016 winning a special mention from the jury.