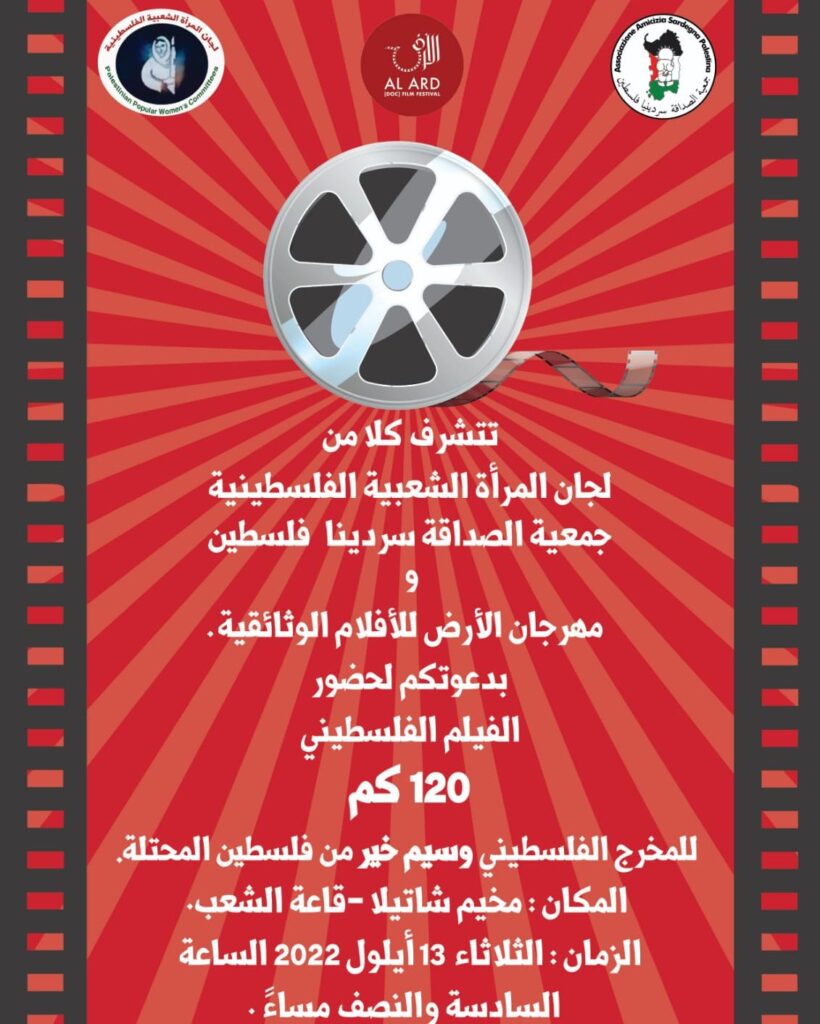 We are thrilled to announce that some of the staff of Al Ard Film Festival – one of the most popular European film festivals about Palestine and the Arab world – will be in Lebanon next week and will bring one of the films that participated in the last edition for an exclusive event.

Please, take this post as an invitation to everyone who lives in Lebanon (or is there by any chance) to the screening of Waseem Khair’s film 120km.

The film tells about Palestinian artists Osama Atwa and Waseem Khair travel to Lebanon for an artistic tour in the refugee camps in Beirut. They both arrive in Lebanon despite the Israeli authority’s prohibition from travelling there. The tour of three weeks was enough for them to find themselves in a place that resembles them, and which triggered many questions, confusion and contradictions. Lebanese land quickly becomes home for them. After finishing the tour they go back to Palestine, and a new journey begins.

The event, which will be held in Shatila Camp (@ People’s Hall), Beirut on September 13, 2022, has been organized by Nuwat Association and the #PalestinianPopularWomensCommettees in an effort to promote our Festival and our new call for entries.

In the upcoming 19th EDITION we welcome the following submissions:

All films matching the above conditions, published from 2019 onwards, are more than welcome!

We are accepting submissions from all over the world, with no age limits and with OVER €6000 IN AWARDS!

As our mission is to help independent filmmakers, the submissions to Al Ard have always been free of charge and this will stand for this upcoming edition too.

You can submit your film FOR FREE!